"The Streaming Wars ”- An Epic Fight Is Beginning 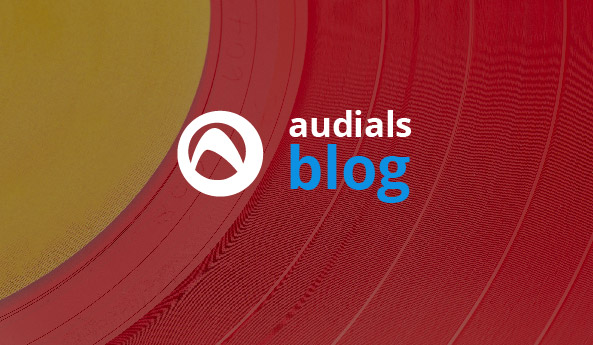 TV is worldwide the most popular pastime, according to Statista, every single person on earth watches TV for several hours a day. Without exerting much math, it is obvious that this is a multi-trillion market per year.

… in the upheaval, it is completely redistributed

This entire market is in a state of total upheaval: It's obvious, that on-demand access is more comfortable for the user. (They can watch content when they want it and not when any channel wants them to watch it). And it's clear, that the technical infrastructure is now given to enable on-demand streaming worldwide for everyone on all platforms. As a result, the entire gigantic global television market is apparently being completely redistributed. The cross-border "video streaming wars" therefore fully broke out at the end of 2019.

There will likely be a few winners. But the market to be distributed now is so gigantic that some of the largest companies are gearing up to fight:

- Netflix, as a pioneer of the video streaming in a good position, but highly endangered
- Amazon - also among the pioneers, strongly positioned as the largest trading company and leading data center operator
- Disney - as the "owner" of the most valuable content in a good position, entered the arena with "Disney Plus" in November 2019
- Apple - the most profitable mobile phone manufacturer has also stepped in with "Apple TV Plus".
- Comcast - the world's largest "classic" cable television company will soon do everything it can to survive in the medium term.
- Warner - this content owner with a diversified portfolio counts on opportunities for itself (They will start seriously in 2020).

Each of these participants in the epic fight - and a few more (Google would be a candidate) will invest at least several billion US dollars, mostly tens of billions. One of the greatest battles in economic history is now beginning.

Technically, the providers are the same, each one will be easily available on all common devices. There are only two relevant differentiations: by content and by price.

Accordingly, the fighters have launched an unprecedented investment offensive to own the most worth seeing films and series exclusively and to make them inaccessible to competing platforms. Because the content will decide the life and death of the company.

National providers are simply in danger of being overrun

Television is undoubtedly very localized. The content not only has to be available in the right language, but it also has to match the public's taste.
However, there is also very strong, globally distributed content. Films like "Star Wars" (Disney) are loved across cultures.

This is well known by the big providers, and only they are able to combine it in an advantageous way: German series like "Dark" (Netflix) were just the beginning. International providers will invest billions to own the best local content. They will accept big losses and be brave, the will also invest in daring productions, that would not stand a chance on a conventional TV.

They will connect these local offerings with their global blockbusters to offer unbeatably strong offers. It is hard to imagine how national providers could exist independently in the long term in this environment apart from niches.

Only China defies it, certainly for the unacceptable price of total government control, in which freedom of expression becomes virtually non-existent.

This development also has political implications: The decision on the German “television program” will soon no longer be made in Germany, and the basis for decision-making will change. What Reed Hastings, CEO of Netflix, said recently is significant: "We're not in the truth to power business, we're in the entertainment business."

For the users, the "brave new world" is both a blessing and a curse: On the one hand, you get access to an unexpected variety of programs in breathtaking technical quality. On the other hand, the majority of citizens will not or won't be able to permanently subscribe to a large variety of services. The increasing fragmentation will make films a fleeting indulgence: It is difficult to plan and predict who will see what content and when it will be seen.

The good old private video collection - It's my stream

A solution can be to get a private film collection of the “best cinematic pearls”, just like in the good old days. Of course not on VHS tapes or DVDs, but as files, easily accessible anywhere via cloud services - but just your film files, available securely and permanently.

To create this video collection, you need a tool like "Audials Movie 2020", which can make private copies of video streaming from the web browser according to the principle "It's my stream". (Of course, the restrictions of the providers must be taken into account here).

It will be exciting

The "Streaming War" that has just started will certainly take several years. In Germany, the hot phase is likely to begin in 2020. It is expected that not all providers will survive permanently - consolidation seems inevitable. Some of the combatants will multiply their sales, some will merge, others will die. Either way - we are witnessing one of the most exciting fights in economic history!

We use cookies to ensure that we give users the best experience on our site. By using this website, you agree to our use of cookies.